What can we do right now to help people over 55 years old find and keep jobs? I’ve pondered this question since the economic downturn transformed the work+life fit reality of older 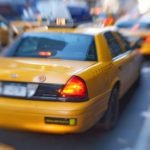 Almost overnight, many later-in-life employees were forced into the job market without the know-how to find and compete for scarce opportunities while decimated portfolios changed their retirement expectations. They want to work but countless numbers struggle to find and keep a job.

This bleak employment picture for many over 55 year olds was confirmed in the recently released New Unemployables study conducted by Boston College’s Sloan Center on Aging and Work and the Heldrich Center for Workforce Development at Rutgers University:

Navigating this new later-in-life work reality requires an updated set of skills as evidenced by the 64% of older job seekers who said that the job search strategies they were using were not helpful, compared with less than half of younger job seekers. So what can be done? The research provides important clues including:

According to the study, “just 13% of older job seekers had used online social networking sites compared to 28% of younger job seekers.” We need to convince older workers (and maybe even younger workers for that matter) that creating a presence and networking online is no longer optional. And we need to show them how to do it, as I did recently with a New York City cabdriver.

A couple of months ago I hailed a cab, and behind the wheel was a well-dressed man who looked to be in his mid 50’s. He smiled in the rearview mirror as I made myself comfortable for the ride uptown.

I’d decided to use the time to catch up on some calls. On one call I must have mentioned that I was on my way to give a speech. Overhearing this, the driver politely asked, “What is the topic of your speech?” I responded “How to manage your work+life fit.” He laughed and said, “Do you have any advice for me?”

He proceeded to explain that he had started driving a cab a couple of months earlier after his 18 months of severance ran out. He had two masters degrees and for eight years he had been a project manager for a major online retailer. When the layoffs started, he thought another equally good job would eventually turn up. But after countless promising interviews and not one call back, he had no choice to start driving the cab to make extra money. He sighed, “Any advice for me, lady expert?”

We were about 10 blocks from my stop so all I could think of saying was, “Are you networking with employers on Linkedin?” His confused eyes stared at me in the mirror, “What’s Linkedin?”  (Click here for more)